Younger investors in Britain and other countries are fast joining online trading platforms and spending more on shares at traditional brokerages, hoping to copy Americans who bet on stocks such as GameStop and AMC Entertainment during the frenzy this year. 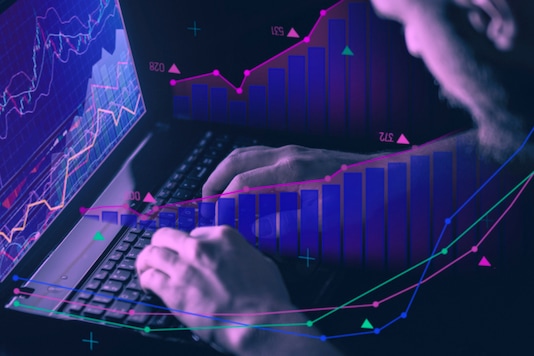 British-based online trading platform Freetrade signed up over 160,000 customers in January, pushing it past 500,000 in total, thanks to the hype around the so-called Reddit rally stocks, Freetrade told Reuters.

"When investors become so excited about the potential for a particular stock or asset class, the story can sometimes move from the world of financial news to the mainstream," said Adam Dodds, chief executive of Freetrade.

The Reddit stock mania has galvanised a retail trading boom that was already underway in Europe in 2020, as bored housebound punters saving extra money tried to cash in on market volatility, and new user-friendly apps gave them the means.

The U.S. Reddit-fuelled stock craze has lit the touchpaper, he said.

"During the last couple of weeks since GameStop and others hit the headlines, we have onboarded a few thousand customers a day, two or three times our average," he said.

Spending on credit and debit cards by Barclays customers at brokerages grew by over 300% year-on-year in January, the British bank said, continuing a growth boom that started last year mainly among the 18-29 age group.

LATE TO THE PARTY

Regulators and some of the brokers themselves have cautioned that with the new craze comes risks, especially for latecomers chasing easy gains.

Some investors in the U.S. made a lot of money in the early days of the social media-fuelled frenzy, which pitted amateur traders against Wall Street hedge funds that had built up big bets against the fortunes of unloved stocks like GameStop.

Many of those late to the party have lost heavily as GameStop's stock crashed to as low as $51 last week after hitting $483 the week before, and U.S. Treasury Secretary Janet Yellen has said regulators must keep a close watch.

European Union regulators have also said they may intervene after a surge in online share trading by retail investors since restrictions to tackle the COVID-19 pandemic were introduced.

Many investors in Europe caught up in the hype are more focused on U.S. stocks rather than companies closer to home, bank and brokerage sources said.

"We are seeing an increase of retail investors outside the U.S. opening stock accounts. Most of these are household names and with a virtual halt on other forms of betting due to the pandemic, some retail punters are increasingly betting on US stocks," said the head of trading at a U.S. bank in London.

Younger overseas investors are ignoring domestic shares in favour of the U.S. because it offers both the Reddit rally stocks and many of the world's household name tech companies such as Apple Inc, Amazon and Tesla.

Freetrade says its UK retail customer orders are split around 55% for US-listed securities and 45% for UK-listed ones.

Lewis Harding, a 22-year-old Freetrade user from Leeds, said he holds a mix of US and UK shares in his portfolio, including Facebook Inc, Bank of America Corp, British American Tobacco Plc and Unilever Plc .

He made his first investment in 2017, buying shares of Aphria Inc one of the world's largest cannabis companies.

The trade was successful and he managed to buy his first car with the gains. Since then, he's been focused on bigger, more stable companies and says he educates himself by reading investment books, watching YouTube videos and listening to podcasts. He expressed enthusiasm about what has happened in markets over the past few weeks.

"It's been quite amazing what's been happening," Harding said. "I haven't bought GameStop myself but I watched from the sidelines and it was crazy."

Bitcoin 'is going to be just fine without Elon'Nervous